Wyrd & Wonder is a blogstraganza celebrating fantasy, so how can I not join in? Many bloggers are sharing their fantasy to-read piles for the month of May; however, I’ve been struggling with reading lately due to a combination of anxiety and chronic illness. Gaming has been my go-to distraction these days, so I’ll share my fantasy to-play pile instead! 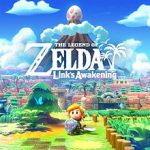 All right, so maaaaaaybe I’ve already sunk my claws into this game because I couldn’t wait until May to start it. It’s sooooooo good. I haven’t played the original, so it’s all new to me, but this is exactly what a Zelda game should be.

Official Description: As Link, you awaken in a strange land away from Hyrule, where animals talk and monsters roam. To uncover the truth behind your whereabouts and rouse the legendary Wind Fish, explore Koholint Island and all its trap-ridden dungeons, reimagined in stunning detail for this new release of one of the most beloved The Legend of Zelda games. Along the way, you’ll meet a hilarious assortment of charming characters to which you’ll never want to say goodbye. 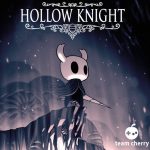 I’ve had this game recommended to me and seen it compared to Ori and the Blind Forest, which is one of my most favourite games. I love the look of the art, too.

Official Description: Beneath the fading town of Dirtmouth sleeps an ancient, ruined kingdom. Many are drawn below the surface, searching for riches, or glory, or answers to old secrets. 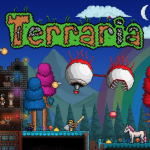 My friends and I love playing survival/crafting/exploring games like Don’t Starve Together, Raft, and Astroneer. We have already played Terraria together, but on the game’s 9th anniversary this month, May 16, they are releasing an update with new content. We are excited to dive into this world again!

Official Description: Delve deep into cavernous expanses, seek out ever-greater foes to test your mettle in combat, or construct your own city – In the World of Terraria, the choice is yours!

Blending elements of classic action games with the freedom of sandbox-style creativity, Terraria is a unique gaming experience where both the journey and the destination are as unique as the players themselves! 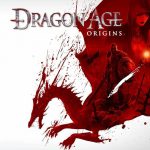 It might be old, but it’s still so good. I replay these games every so often, and it seems like it’s time to do so again. I love games with amazing story, in which you can learn more about each party member and gain their loyalty.

Official Description: When history tells the story of the Fifth Blight, what will be said about the hero who turned the tide against the darkspawn? Determine your legacy and fight for Thedas as a noble dwarf, an elf far from home, a mage apprentice, or a customized hero of your own design. 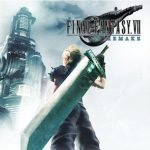 I’ll admit it: I never played the original. I tried, but couldn’t get into it. I have played Crisis Core, dug into the lore (including watching Advent Children and reading the short stories), and been intrigued by Cloud as a character with a chronic illness, however; there’s a whole chapter about him in my book! So I am looking forward to experiencing this iconic game as a remake.

Description: The world is under the control of Shinra, a corporation controlling the planet’s life force as mako energy. In the city of Midgar, Cloud Strife, former member of Shinra’s elite SOLDIER unit now turned mercenary lends his aid to the Avalanche resistance group, unaware of the epic consequences that await him.

Final Fantasy VII Remake is a reimagining of the iconic original with unforgettable characters, a mind-blowing story, and epic battles. The story of this first, standalone game in the Final Fantasy VII Remake project covers up to the party’s escape from Midgar, and goes deeper into the events occurring in Midgar than the original.