This book grabbed my attention from page one! I loved the main character, Ash, a twelve-year-old who has collected a strange assortment of mundane objects that are special because she’s named them. I adore middle grade that appeals to both kids and adults, and this is one of those books. It’s also a standalone, and it’s refreshing to read a complete story that’s finished in one novel. 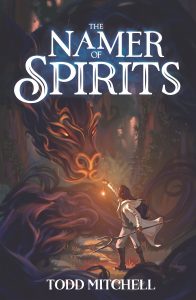 Title: The Namer of Spirits

Summary: Twelve-year-old Ash Narro is often teased for naming and talking to dolls, sticks, and other objects like her trusty carpetbag, Wayfarer. But lately things in her small frontier village have been getting much harder for Ash. An ongoing drought, increased attacks from the forest-dwelling dao fora, and stormy assaults from the mysterious shape-shifting illwen have brought out the worst in the frightened villagers. Even Ash’s mom isn’t acting like herself anymore.

One night, during a terrible illwen attack, Ash sneaks out and discovers that she can tame the raging illwen by giving them a true name. After forming unlikely friendships with an illwen she names Puppy, and with Fen, the dao fora boy who’s been taken prisoner by her village, Ash is called a traitor to her people. Together, Ash, Fen, and Puppy, must journey into the heart of the forest to discover what caused things in her village, and in Fen’s forest, to go so horribly wrong.

The perils of deforestation and the magic of friendship are explored through a fantastical adventure involving giant mistcats, tempestuous forest spirits, and a girl with a special gift for speaking the words that shape what things become.

Some of the story’s characteristics that really stood out to me were the magic system, the reflection on ecological issues, and the themes of friendship and letting go.

The Magic of Naming

The power of names is not an original concept, but Mitchell gives it new life with Ash, who tames a beast by naming it Puppy. Of course, Puppy becomes her companion throughout her adventures, and he’s one of my favourite characters—playful, adventurous, and full of life. The power of a namer is slowly revealed throughout the story, and it’s not just about giving things, people, and animal names, but understanding them. Ash’s story is full of empathy, where enemies turn into friends and fear is just the other side of courage.

In the Author’s Note, Mitchell writes that the book’s ecological themes were inspired by rainforest destruction in Brazil. A repeated saying in the book, “burn or starve,” is a reference to an interview with a farmer in NPR’s series, “The Rain Forest Was Here.” In Ash’s world, “squatters” burn the forests for farm land, because they’re hungry and have no where else to go. The dao fora, people who live in the forest, regularly attack them for burning down the trees. When Ash, from a village who fear the dao fora and consider them enemies, actually meets the forest people and learn how they live, she realizes everyone just misunderstands each other, and how, if they worked together, they could save the forests.

The Theme of Letting Go

In her journey, Ash has to make sacrifices, giving away things that she wants to hold on to and valuing friendship over power. Her selflessness is what makes her a hero, and these sacrificial acts, even the small ones, felt so powerful to me. What a gorgeous story. 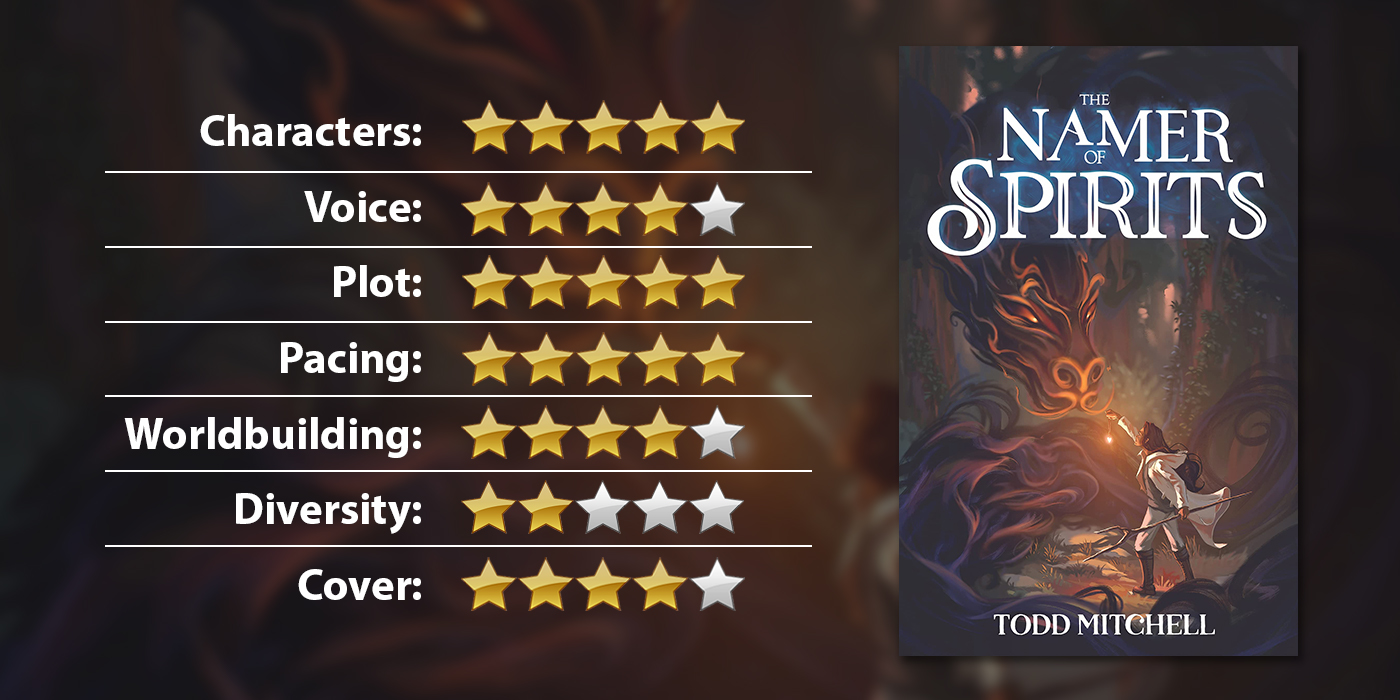 Thanks to Owl Hollow Press / Netgalley for an advanced copy for review! 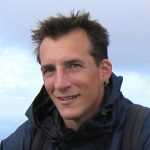 Todd Mitchell is the award-winning author of several books and comics for young readers and adults including The Last Panther (Penguin Random House), The Traitor King (Scholastic Press), The Secret to Lying (Candlewick Press), Backwards (Candlewick Press) and A Flight of Angels (DC). He has two new books coming out with Owl Hollow Press in Fall 2021—one for writers, artists, and other creators currently titled Breakthrough: How to Overcome Doubt, Fear, and Resistance So That You Can Be Your Ultimate Creative Self, and a middle grade novel that’s been optioned for film/TV development titled The Namer of Spirits. Todd’s books have twice won the Colorado Book Award, and his middle grade novel The Last Panther won several national awards including the Green Prize for Sustainable Literature and the Green Earth Honor Book Award. In addition to his books, he’s published short stories, essays, and poems in national and international journals. Currently, he serves as Director of the Beginning Creative Writing Teaching Program at Colorado State University. He lives in Fort Collins, Colorado with his wife, dog, and two wily daughters. You can visit him (and learn about his squirrel obsession) at www.ToddMitchellBooks.com.