“I don’t usually like alternate history or period pieces, but this is really good!” my husband said as we were listening to the audiobook together. I had been thinking the exact same thing. I also don’t normally seek out zombie fiction.

I nabbed the audiobook of Dread Nation from our library because we were heading out to our family’s cabin for a few days and wanted something to listen to on the way. Despite the fact that I’m not big on stories about zombies, the book’s summary sounded fascinating.

Summary: Jane McKeene was born two days before the dead began to walk the battlefields of Gettysburg and Chancellorsville—derailing the War Between the States and changing America forever. In this new nation, safety for all depends on the work of a few, and laws like the Native and Negro Reeducation Act require certain children attend combat schools to learn to put down the dead. But there are also opportunities—and Jane is studying to become an Attendant, trained in both weaponry and etiquette to protect the well-to-do. It’s a chance for a better life for Negro girls like Jane. After all, not even being the daughter of a wealthy white Southern woman could save her from society’s expectations.

But that’s not a life Jane wants. Almost finished with her education at Miss Preston’s School of Combat in Baltimore, Jane is set on returning to her Kentucky home and doesn’t pay much mind to the politics of the eastern cities, with their talk of returning America to the glory of its days before the dead rose. But when families around Baltimore County begin to go missing, Jane is caught in the middle of a conspiracy, one that finds her in a desperate fight for her life against some powerful enemies. And the restless dead, it would seem, are the least of her problems.

I was not disappointed, and when we returned home with only half the book finished, we sat in the living room and listened to the rest. What particularly struck me about this book was the strong character voice, the cultural commentary, and how the backstory was woven into the main plot.

That Character Voice, Though

First of all, kudos to the audiobook’s narrator, Bahni Turpin, who did an amazing job with all the voices, seamlessly switching between African-American vernacular and white southern accents.

Jane’s strong voice is what immediately drew me into the novel from the very first line—”The day I came squealing and squalling into the world was the first time someone tried to kill me.” Her distinct personality kept me riveted throughout the rest of the story. Stubborn, sarcastic, angry, determined to survive, and always willing to help a friend, Jane knows her worth despite all the white folks who treat her like an animal. She is also bi-sexual, but it’s not harped on in the book, it just is. (Similarly, another character is asexual and I am here for it.)

What I love about Jane’s voice is that she’s aware when she’s being petty or crossing a line, she just doesn’t care. But also, she’s a decent person, willing to set aside her grudge against one of her classmates, Katherine, to become frienemies and then friends (this friendship development is the BEST, and I love that it took the spotlight over any romantic relationships in the story).

The Cultural Commentary is So Good It Hurts

The story is set in the Civil War era, but with zombies, which allows the author to explore some fascinating “what if” questions in the story’s alternate history. Of course black and indigenous people are the ones who would be shoved to the front lines and trained to fight the shambler hordes. Of course rich, privileged, white people would try to pretend nothing was wrong and persist in hosting twelve-course dinner parties. Of course the arrival of zombies doesn’t magically remove oppression.

Also, Katherine is black but is light skinned enough to pass as white, and she is perceived as more “feminine” than Jane. At first, Jane is jealous of her for this, but as their friendship develops, she learns that Katherine feels like she doesn’t fit in anywhere. The racism they both face is just as horrifying as the zombies they behead with their sickles. In fact, I was more grossed out by the bigoted behaviour of the living characters than I was by the living dead.

While reading this book, I couldn’t get away from how these attitudes still exist and the part every white person, including me, plays through ambivalence.

The chapters begin with segments of letters Jane has written to her mother from Miss Preston’s School of Combat in Baltimore. She continues to write them even though she hasn’t received a reply from her mother in some time. Throughout the book, details of Jane’s childhood and relationship with her mother are revealed, and some secrets that I won’t spoil here. These backstory reveals never felt info-dumpy and were just as fascinating as the main plot. 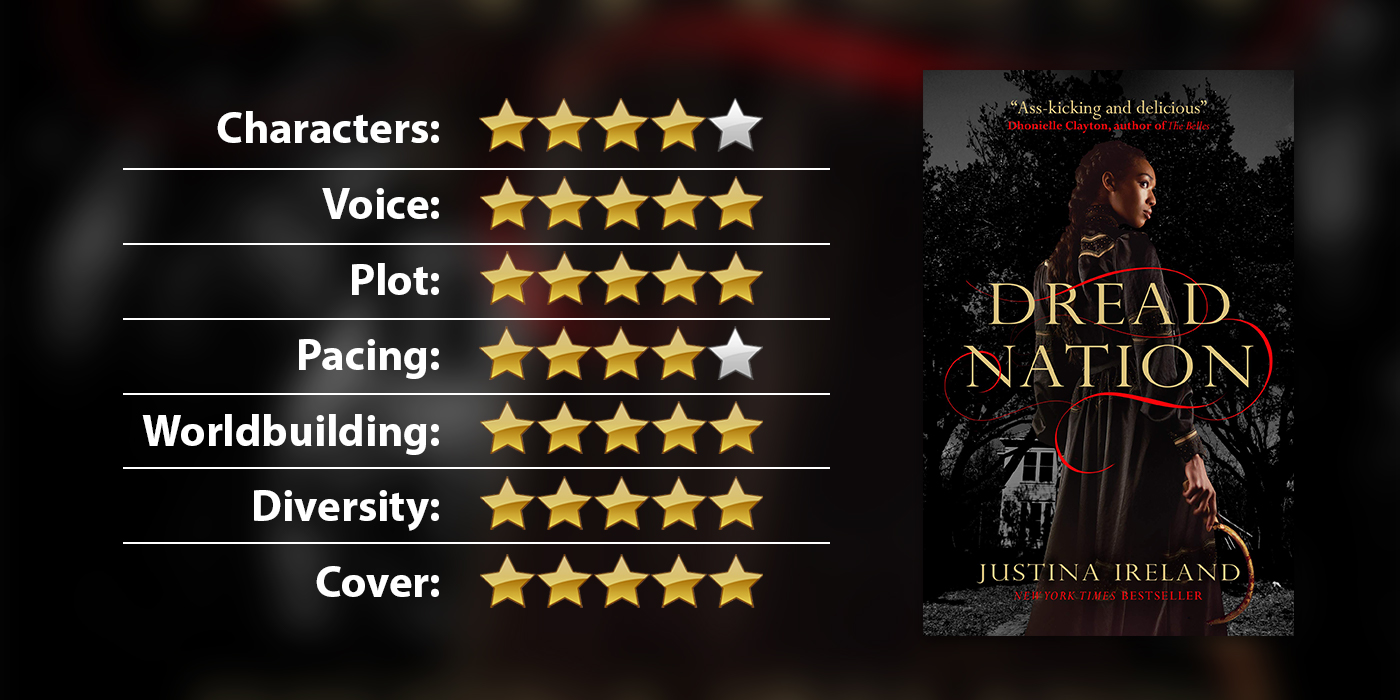 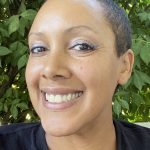 Justina Ireland is the New York Times bestselling author of Dread Nation and its sequel Deathless Divide (Balzer + Bray/HarperCollins), the middle-grade novels Star Wars, Flight of the Falcon: Lando’s Luck and Spark of the Resistance, a Star Wars Story (Lucasfilm Books), and the fantasy young adult novels Vengeance Bound and Promise of Shadows (both Simon and Schuster). Her short science fiction and fantasy stories have appeared in the anthologies A Phoenix First Must Burn (Viking BFYR), Feral Youth (Simon and Schuster), Black Enough (Balzer + Bray/HarperCollins), Three Sides of a Heart (HarperCollins), and online at Vox.com. She is a former editor in chief of FIYAH Literary Magazine of Black Speculative Fiction, for which she won a World Fantasy Award. She holds a BA in History from Armstrong Atlantic State University (now Georgia Southern) and an MFA in Creative Writing from Hamline University. Her forthcoming book, Star Wars: The High Republic, A Test of Courage, will be available in September 2020.