Each month, I feature an interview with an expert on how to write about a character with a chronic illness or disability that they struggle with. While I still recommend getting a sensitivity reader for your work, use these posts to consider how you can accurately portray disabled characters. Today’s feature is Fibromyalgia with Shelley (Chronic Mom). Shout out to Shelley for taking the time to answer my questions below!

1. Could you describe your symptoms and the experience of discovering them?

“I discovered my symptoms very slowly. First, I became unusually fatigued. I didn’t notice it right away because, at the time, I had an infant who never slept, so I thought the fatigue was really just tiredness. As he got older, though, and slept longer, the fatigue began to get worse, and it started to be accompanied by some muscle pain. The pain was fairly minor at the time, but it definitely was unusual, and I knew it wasn’t related to any sort of sports or exercise.

Through the years, the fatigue and pain have increased substantially. Possibly because my pain has been untreated for so long and it’s had a terrible effect on my body. The brain fog has increased as well for the same reason.

These symptoms are fairly common for Fibro, though there are a host of other symptoms that aren’t as obvious.”

2. What do mild, average, and terrible flare-ups each feel like?

“I’m always in pain or fatigued; it never goes away. On an average day, I’m at a pain level of 6/10. I usually flare up when I do too much physically and push myself beyond what is wise. Then my pain will shoot to an 8/10 or sometimes 9/10.  This means I can’t sleep, so my fatigue ramps up as well. As my fatigue ramps up, my pain ramps up even more, so it’s a vicious cycle. The only thing that has helped me to stop the cycle quickly is pain medicine, but I only had access to that for a year or two. Because I can’t stop the cycle anymore, it usually lasts for weeks at a time.”

3. What are some of your biggest frustrations living with this condition?

“I don’t deal well with limitations. I’ve always been one to push my body as much as it will go, but I can’t do that anymore. I can ignore the pain for a while, but eventually, it demands to be felt. Fatigue, on the other hand, cannot be ignored, and I struggle with that.

Mostly, though, I just want to be taken seriously. I’m really tired of judgment from healthy people and from doctors. I’m a tough person with very high pain tolerance, but people still think I’m faking or exaggerating.”

4. Does anything help you feel better or make life with Fibromyalgia easier?

“I’ve tried tons of different medications and tons of alternative options. Most things help a little, but when I combine them with other things they make life livable. For example, my heating pad is my most important tool, but sometimes it isn’t enough, so I need to take an Epsom salts bath as well. These can help me cope with my pain levels, but they don’t make anything go away.”

5. Do you struggle with any particular emotions due to Fibromyalgia?

“Only in the past few years have a started to struggle with depression and anxiety due to my health problems. It’s probably because my inability to accomplish tasks has been hampered massively by brain fog. I like to keep busy, and since I can’t do a lot of physical things, I switched over to doing more intellectual tasks. But, lately, the brain fog has just been too prevalent. This leads to me getting bored, and when I’m bored I get depressed.

I also experience a lot of anxiety, especially with the medical system. It can take me months to get up the courage to make a doctor’s appointment. My blood pressure is always sky high when they check it because I’m so nervous about whether I’ll be treated like a human being.”

6. How do other people behave around you? Do they treat you differently?

“They do behave differently. I used to fake being well a lot, but with the pandemic, I finally accepted the disability label. As I’ve embraced being disabled, I’ve had many people start to treat me weirdly. It’s like they think I’ve become a different person just because I’m not hiding my failing body anymore.  It’s unfortunate, but I’ve learned who my real friends are.”

7. What was your diagnosis experience like? How has your experience with doctors been?

“Getting a diagnosis was a two-year-long saga of being gaslit by doctors who insisted I was hysterical, faking, or depressed. They’d test my blood, see that the standard lab tests were fine, and tell me to see a therapist. The doctor who finally diagnosed me wasn’t particularly helpful, but she was the first person who acknowledged that I was in pain. I’ll always be grateful to her for that.”

8. Have you seen this condition represented in media (TV, film, books, video games, etc.) before?

“Generally, Fibromyalgia is only represented in hurtful jokes about how fake it is or how people with it are exaggerating. It’s hurtful to see, but it explains why so many people don’t take it seriously. I’ve found only one novel about someone with Fibro, and I’m a voracious reader. There needs to be more representation out there.”

“I can’t do anything that requires a substantial amount of energy, but I can do things in short bursts. I have to be really careful about what muscles I use as any unusual movement will put my pain level through the roof for several weeks. For example, I did some gardening last weekend which had me uncomfortable bending over chicken wire to reach the weeds. I did this for about an hour, and I’m still in pain several days later. But, because I only did it for a short time, the pain is manageable. If I had spent half the day pulling weeds, I’d be bedridden from pain for at least a week. It’s all about pacing and pain management.”

10. What advice would you give to someone who wants to accurately write about a character with this condition?

“Pacing and the mental work that goes behind it would have to be a part of that character. People with Fibromyalgia don’t just make willy nilly decisions—most are thought out beforehand with very scheduled calculations. Because there are severe consequences if you don’t, and no one wants to be thrown into a flare.” 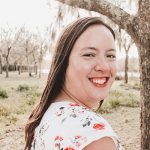 Shelley (Chronic Mom) started her blog as a young parent who had no idea how to manage her chronic illness and parent at the same time. Over the years as her children have grown she changed her goal to wanting to make sure sick people know that they are not alone and that there are other people out there like them. She also hopes to make people laugh along the way because laughter makes everything better.

1 thought on “How to Write a Character with Fibromyalgia: An Interview with Chronic Mom”