Since I have several nieces, nephews, and godkids, obviously I use them as an excuse to read awesome picture books. Plus, I enjoy writing picture books, so I read a lot of them for *ahem* research. It’s not just because I think children’s stories are great. Absolutely not.

Here are five of my favourites and, since it’s Wyrd & Wonder month, I’m listing picture books that can introduce the children in your life to the wonderful genre of fantasy.

1. The Dragon and the Nibblesome Knight 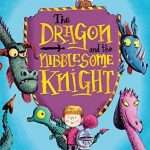 I just love the clever metre and rhyming in this story. It’s so fun to read! And “enemies” becoming friends gets me every time.

When a strange-looking creature splash lands in the lake, a kind young boy rushes to the rescue. But this is no ordinary boy, he’s a knight in training! And the strange creature is a young dragon, on his very first hunt for a nibblesome knight… 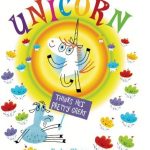 My niece made me read this book over and over until I could recite some of the lines by heart. But I didn’t mind. It’s got lots of character and is great fun.

Things were just fine around here until UNICORN showed up.

So what if he can fly? Or make it rain cupcakes? And turn stuff into gold?

Hey! What are you doing? Why are you opening the book? He’s just going to tell you how great he is. Blah, blah, blah.

Go ahead. Just don’t say I didn’t warn you. 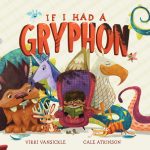 This is a book I read and thought, “I wish I had written this!” It’s just my humour and features wonderful mythical creatures. Fantasy, imagination, and a heart-warming ending.

Sam just got a hamster for a pet. She’s not really impressed. The hamster isn’t very exciting–he mostly eats and sleeps and gets his shavings wet. BORING!

After reading a book about mythological creatures, Sam gets some ideas for more exciting pets. But she soon realizes that taking care of these magical beasts might not be as wonderful as she though. Unicorns are shy, gryphons scare the dogs at the dog park and having a fire extinguisher handy at all times makes dragons seem like an awful lot of work. 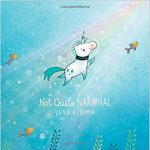 Not Quite Narwhal’s illustrations are gorgeous, and this is a heartwarming tale about discovering where you belong.

Growing up in the ocean, Kelp has always assumed that he was a narwhal like the rest of his family. Sure, he’s always been a little bit different—his tusk isn’t as long, he’s not as good of a swimmer, and he really doesn’t enjoy the cuisine. Then one night, an extra strong current sweeps Kelp to the surface, where he spots a mysterious creature that looks just like him! Kelp discovers that he and the creature are actually unicorns. The revelation leaves him torn: is he a land narwhal or a sea unicorn? But perhaps, if Kelp is clever, he may find a way to have the best of both worlds. 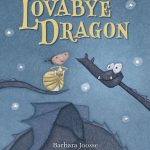 When a lonely dragon follows a trail of princess tears, a beautiful friendship is born. They march and sing, roar and whisper, hide and seek, then settle into snug companionship at bedtime. Barbara Joosse’s fiercely protective and gently loving dragon cavorts across the pages, endearingly illustrated by Randy Cecil. At the end of the day, who can resist curling up in the embrace of a lovabye dragon?

Do you have a favourite fantasy picture book?